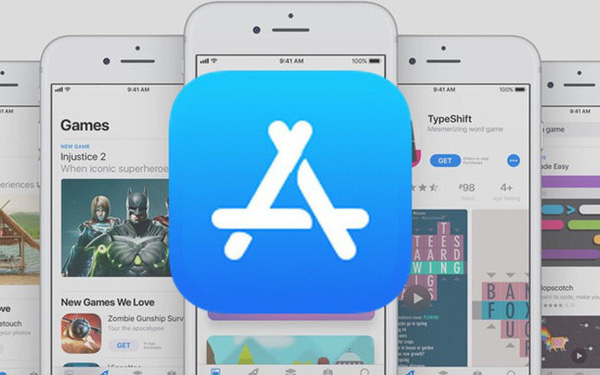 iPhone and iPad owners have had a pretty hectic late 2019 period.

From Christmas Eve to New Year's Eve, Apple customers spent a total of $1.42 billion on apps, up 16% from 2018, Apple said Wednesday. On New Year's Day alone, the company said it set a single-day sales record of $386 million for apps, an increase of 20% year-over-year.

For their part, app developers have made more than $155 billion since the App Store opened in 2008, the company noted in a statement.

For gamers, “Mario Kart Tour”, “Call of Duty: Mobile” and “Fortnite” made the list of the top 10 free games. Mobile games like “Minecraft”, “Color Bump 3D” and “Stardew Valley” are all among the top 10 paid games.

People are spending big on apps and app developers are also increasingly creating products in new ways to get paid. In total, in 2019, Apple's App Store brought in revenue for this company of $54.2 billion, up 16.3% year-over-year, and Android users on Google Play spent $29.3 billion, up 18.1% more than in 2018, according to data tracking company Sensor Tower. Google did not respond to requests for comment, and Apple did not provide App Store sales in its press release.

"2019 was the biggest year for services in Apple's history," said Eddy Cue, Apple's senior vice president of internet software and services. "We've introduced some exciting new experiences for our customers, and set the standard for user security and privacy."

Little is known about how many users are actually playing Arcade, owning an Apple Card, or watching Apple TV+. While Apple says that more than 100 million monthly active users in the US, UK, Australia, and Canada read Apple News, that number also includes anyone who accesses the platform for free.

5 characteristics of rich men: Clean nails, do not talk about money, number 3 is a point that others are hard to imitate!


According to Le Thanh Hai

PrevPreviousUnique New Year's red envelopes 2020: From 3D printed superheroes to the hot trending saying of the year
nextBeware of online scams during TetNext