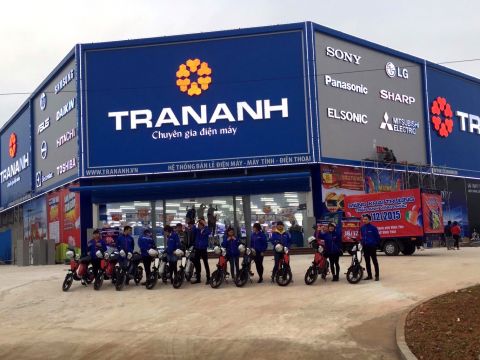 The operation of Tran Anh Digital World Joint Stock Company is currently only for the parent company - The Gioi Di Dong, sub-leasing the brand and the stores it once owned.

The operation of Tran Anh Digital World Joint Stock Company is currently only for the parent company - The Gioi Di Dong, sub-leasing the brand and the stores it once owned.

According to the third quarter financial report, Tran Anh Digital World Joint Stock Company (TAG) no longer has any turnover arising from the sale of electrical appliances. This leads to the fact that in the last quarter, Tran Anh recorded VND34 billion in net revenue, equivalent to 1/37 compared to the same period last year.

Due to the fact that there are no longer sales activities, Tran Anh's selling and administrative expenses are also very low with several tens of millions of dong. Thanks to the deposit of more than 138 billion dong in the bank with short terms of 3-12 months, the company has recorded nearly 3 billion dong of deposit interest in the quarter.

As a result, in the 3rd quarter of the third quarter, Tran Anh earned nearly 3 billion dong in after-tax profit, while the same period was losing more than 2 billion dong.

In the first 9 months of the year, Tran Anh achieved a total of 104 billion VND turnover pure. All of this comes from the licensing of trademarks to Mobile World.

After deducting related expenses, this company achieved more than 6 billion in net profit after tax, ending the loss momentum of 2 years ago.

The main reason for Tran Anh's profit is the liquidation of all inventory for the parent company - The Gioi Di Dong, so from the beginning of the year, selling and administrative expenses incurred very low.

In addition, dozens of Tran Anh's electronics stores have now moved to operate under the name Dien May Xanh after being acquired by Mobile World. 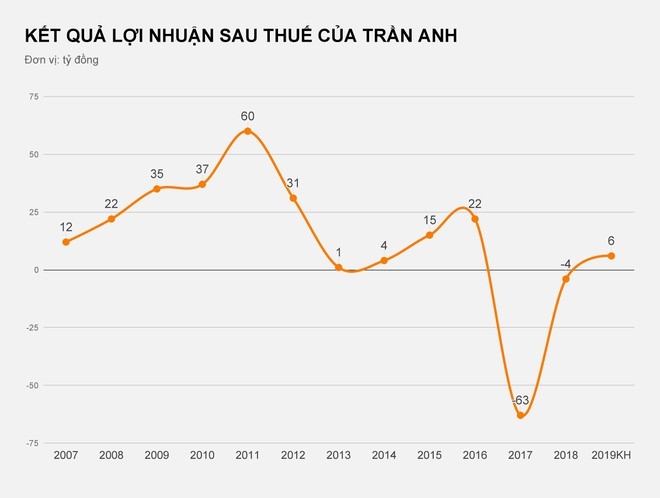 In his development strategy, Tran Anh still uses the advantage of large premises to sublease or do business with The Gioi Di Dong and a third party, making sure not to incur losses from this activity. Along with that is the activity of granting the right to use Tran Anh trademark to Mobile World to lease it back to the electronics retail chain.

Currently, Tran Anh has a commitment to rent stores to operate with a future payment of about VND 790 billion. In contrast, the company is subleasing these assets with the amount of commitment received at VND 769 billion for the same period.

Tran Anh used to be the largest electronics supermarket chain in Hanoi. In the 2005-2006 period, this is the largest distributor in the field of computer equipment and electronics in the North market, earning tens of billions of dong per year.

However, the rapid store expansion and the appearance of many big competitors have caused the chain's operations to decline. By the end of 2017 (before being sold to Mobile World), Tran Anh had a net loss of tens of billions of dong.

After being acquired by Mobile World, all Tran Anh electronics stores changed their brand identity to Dien May Xanh. The chain's fanpage has stopped working to promote its branded products, instead sharing content about recipes, kitchen tips, instructions for using household appliances...

Recorded in the consolidated financial statements of Mobile World in 2018, the value of goodwill from this merger is more than 613 billion. However, the total debt Tran Anh transferred to the parent company also reached nearly 1,000 billion VND due to the large investments that the company had previously spent.

PrevPrevious[Infographic] The 'popular' technology startups are expected to IPO in 2019
nextReducing revenue, Kangaroo still has an additional 2.3 billion dong of profit per monthNext