Genius on the left, madman on the right, so what's in the middle? Genius and psychopath are only separated by a thin line. Have you ever wondered, "What is my innermost nature?" or not?

As you probably know, genius and psychopath are only separated by a thin line. They are all people who carry in themselves monstrous views, strange ideas, different thinking and actions that are considered "not good, not trendy". The difference between a genius and a mentally ill person is that one side can prove their worldview, the other has not.

However, we cannot deny that the world in the eyes of the mentally ill has many interesting points. The world is very large and contains many miracles that up to now, humans have not been able to fully explain. The world is also full of strict rules and systems. Most of us humans can only feel a small part of it. Our understanding of the world is extremely limited and one-sided. So what if we are curious about this world and want to know more new perspectives on it?

Author Cao Minh has chosen the method of contact with mental patients to explore these new perspectives. That's why the book "Genius on the left, crazy on the right" born. The book is a collection of interviews between the author and psychiatric patients. By asking very clever and clever questions, the author tries to penetrate the world of mental patients, thereby experiencing their worldview. In the course of the exposure, the author discovered something interesting that “a lot of psychiatric patients are able to quickly find an explanation. It doesn't matter if it's demons, foxes, fairies, monsters or physics or biology, they're all very determined to confirm it."

For example, the author interviewed a 17-year-old teenager with a psychiatric patient. He understands quantum physics in such a strange way that, in order to communicate with him, the author has to cram the knowledge of physics and biology; brought along a helper, a young quantum physics professor, to explain his words in common professional language. The problem was that the things he knew were, according to his own words, told to him by a four-dimensional being, even read in books. That four-dimensional creature, "part of its structure is immaterial, can only be felt". He couldn't explain the feeling it gave him.

He looked at me coldly: More than a hundred years ago, if you told a leading physics scholar at that time, you only needed to hold an object not as big as your hand, not as thick as a book, to be able to talk. with a person far away, thanks to a satellite orbiting the globe and a small fingernail tag in the object; he could sit in front of a tiny screen talking to strangers thousands of miles away without using any wires; he watched a football game on the other side of the globe just by pressing the TV remote; What will that person think? He'll think you're crazy! Because they were beyond the scope of any science at the time, to be classified as irrational, right?

Not long after, the teenager agreed to take a quantum physics test specially prepared for him, but the results were terrible. For some reason, after hearing that result I was a bit disappointed. If he is really a genius, he can only be a genius in the future a hundred years or even beyond, not of our time. [...] Writing here, I suddenly remembered a sentence Goethe once said: 'Truth belongs to man, error belongs to the times.'”

In addition, there are many interviews with all kinds of psychiatric patients with different problems. There is an interesting humour, and there is something that makes the author and the reader scary. Many patients have such a complete logic system that the author has to ask himself, is the wrong person the author himself who is considered “normal”? Are they really mentally ill? In several interviews, the author asked questions to lead the story but in the end, it turned out that the person being led was the author. The hunter suddenly became the prey.

Genius on the left, madman on the right, so what's in the middle?

In the middle are ordinary people, living life like a machine? When you see people with strange ideas, if you look to the right, they are psychotic. But if you change the angle of view, face to the left, they are geniuses. Whether they're psychopaths or geniuses, we can't deny that they're brave guys who dare to break the shackles of the rule and break down all barriers with their dream of changing the world. 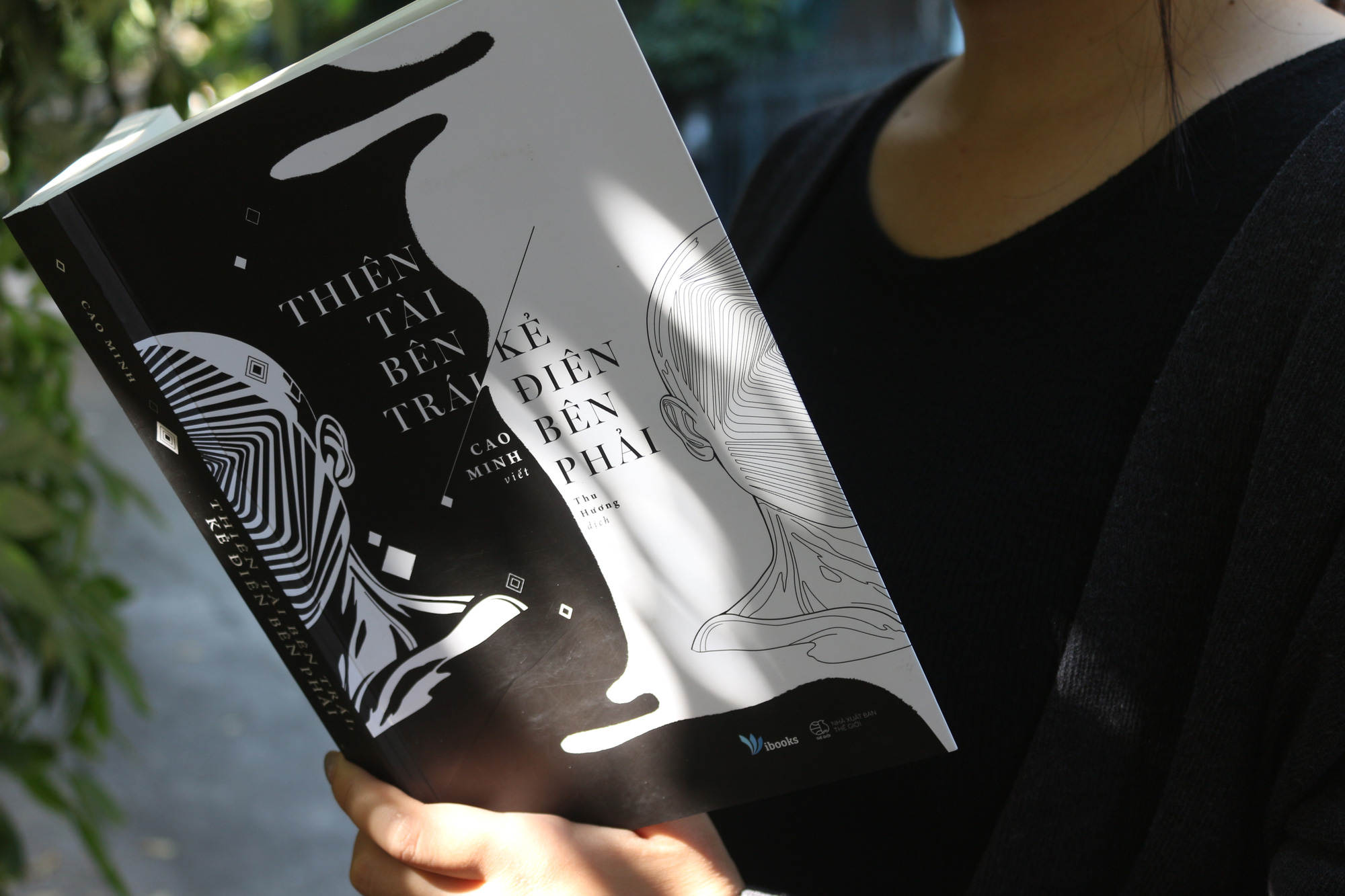 Each of us has a dark side

Have you ever wondered, “What is my innermost nature?” or not? Sometimes in life, our perceptions are just the tip of the iceberg, the deeper part tells the essence of things, but sometimes that sink even negates the floating part. in a way we could never have imagined.

2500 years ago, Confucius asserted: "Human nature is good in nature" - Humans are born with good nature. Two hundred years later, Tuan Tu affirms: "Human nature is evil, good and false is false" - Human nature is evil, good is man-made. Sigmund Freud - a psychologist who discovered the unconscious level of people said: "People are more moral than we think, but also more immoral than we think. Is our traditional belief in the good nature of man still correct? Have we really understood the evil nature - the demon hidden within ourselves?

There are times when you fall into a state of bewilderment before your own crazy ideas that do not dare to share with others. You're scared but also excited, you wonder if these thoughts are those of an eccentric genius, or of a dirty madman. "The genius on the left, the madman on the right" will be a book to help you dig deep into the dark corners of your soul, find your own instinct.

"Who I am? What do I want? What can I do?" Let's answer these questions with "The genius on the left, the madman on the right"!

The book is suitable for those of you who like to contemplate the world, have an open mind, and are not afraid to accept different perspectives.

PrevPrevious5 mistakes we are making when using smartphones: Be careful lest you regret one day
nextTake money in hand, don't go to 3 places; penniless, stay away from these two types of people: As the ancients taught, if you listen to it, you will prosper, if you ignore it, you will fail.Next