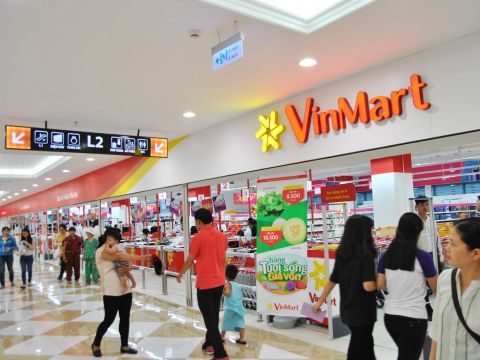 Mergers and acquisitions are not simply a calculation of business results. In each deal, the factor that is often of interest to the parties is the synergy, which is the amount that the transferee usually has to pay in addition to the individual financial valuation in the books.

Mergers and acquisitions are not simply a calculation of business results. In each deal, the factor that is often of interest to the parties is the synergy, which is the amount that the transferee usually has to pay in addition to the individual financial valuation in the books.

In the Masan - Vinmart deal, the synergistic value is partly reflected in the next development strategy of the two groups. However, this is only the subjective will of the parties involved, the rest investors have to ask more questions in the deals, because their main concern is still stock prices and growth plans. . It is also an issue that Masan Group Joint Stock Company (MSN) may face with questions from investors when completing the merger with Vingroup's retail chains.

Surprise profit of VinCommerce before the merger

In the recent cult merger of companies owned by two billionaires, the flipping of the financial history of Vingroup or Vincomerce is done by many investors to assess correlation and cash flow.

With data from Vingroup's financial statements, it shows that although the retail segment is growing well in terms of revenue, exceeding $ 1 billion in the first 9 months of this year. However, this segment has not been profitable since the time of official operation in 2014. Even, the total accumulated loss before tax in 5 years reached nearly 17,400 billion VND.

The growth in annual losses may be the result of Vingroup's rapid increase in selling points. In the past 2 years, this group has acquired Fivimart, Shop&go in turn to expand the maximum selling point. Meanwhile, new selling points to break even are not easy. The merger between Vingroup's retail and agricultural companies and Masan is facing many questions from investors. Illustration: VCM

The most positive point in the past time is that the revenue growth of each point of sale of Vinmart is outperforming other businesses in the same industry. Specifically, Vinmart grew by 14%, Vinmart+ increased by 19%. This is enough to encourage Masan's spirit when owning these two brands in the near future.

Looking at the overview of the whole group, retail has never escaped a loss since Vingroup entered this segment. But taking a closer look at the company that directly manages retail stores, Vincomerce, many investors are surprised with the profit report of up to VND 7,600 billion after tax. This number also helps VinComerce enter the top 50 most profitable enterprises in Vietnam in 2018.

According to business results, VinCommerce last year achieved net revenue of more than 19,000 billion VND, gross profit margin of about 13%. In which, financial income is nearly 14,200 billion VND, bringing the company's net profit to 8,200 billion VND, despite a sharp increase in financial expenses, including loan interest. The profit after tax of VND 7,600 billion exceeded the loss of VND 1,400 billion in 2017.

This year it is likely that VinCommerce will continue to have a large financial revenue from the sale of 51.4 million shares of parent company VIC to SK Group (Korea). With the selling price of 113,000 VND/share, VinCommerce can earn more than 5,800 billion VND.

Looking back at the past 2 years, it can be seen that VinComerce continuously recorded financial expenses and aggressively restructured with the merger and separation of member units. Many investors are asking the question that VinComerce is cleaning up its losses, making full use of financial revenue before returning to Masan. While the actual retail business of Vingroup has not yet reached the break-even point, this will be an issue Masan may have to face with investors after completing the deal.

Questions to face after the merger

In this deal, a newly established legal entity is the combination of Vingroup and Masan to create the largest-scale Consumer Goods - Retail Group in Vietnam. The merger method is through the agreement in principle on the swap of shares of VinCommerce Company and VinEco Company for Masan Consumer Holding (consumer). A merger and acquisition (M&A) deal that has not clearly shown the actual value of the transaction also makes many investors question. Previously, the Singapore Government Investment Fund (GIC) valued Vinmart and Vinmart+ higher than even Bach Hoa Xanh (this chain has reached breakeven point).

The synergistic value that can be seen in the immediate future through the development strategy of these two corporations can find and take advantage of each other's advantages. VinComerce's system has the largest coverage in Vietnam. For a consumer goods business like Masan, having a distribution chain will perfect the last link in their ecosystem. If we look further, Masan can remove competitors from Vinmart's shelves, especially in the context that the cool meat company is being promoted by this group to go public recently. 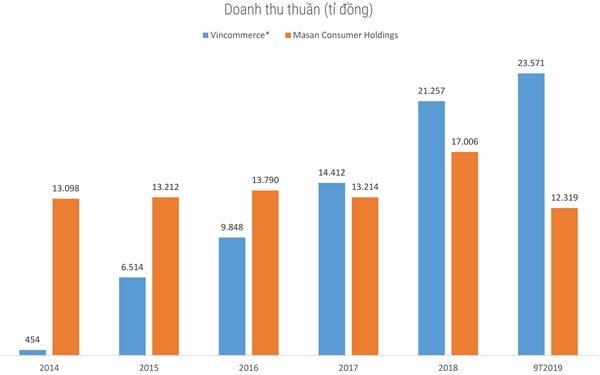 However, for many years of operation, the size of Vinmart's retail stores increased, but the loss also increased. Meanwhile, detailed business results of Vinmart and Vinmart+ have not yet been announced in detail. This also raised concerns for many investors who commented that Masan may have to "burden" more losses from direct retail activities.

A leader of a securities company said that investors and shareholders would be shocked if a loss of several thousand billion dong was added to the books every year, so they would have to ask the company to explain this deal in a short time. term. Many investors are now questioning how much VinComerce's retail segments are losing each year and how long it will last.

“In the immediate future, investors will care how much the value of the deal is if not in cash but through stock swaps. What is the shareholder structure? What is the next problem for this retail chain when many analysts think that Vinmart's loss in sales is about 10%, this number is not easy for the retail industry to level," this person said.

In the context that Masan's MSN stock price is living in a series of bad days when it fell 15 consecutive sessions to the lowest price in a year (64,000 dong). The short-term outlook is also not very positive when the synergistic value from the deal has not been shown in the short term, but it takes time to reflect on the business results.

Perhaps Masan must also be ready to respond to questions from investors and shareholders for clarity about the above deal.