WSJ: Vietnam will need many more years to become the world's factory

The escalating trade war opens the door for Vietnam to become the world's factory, but this will take years, the Wall Street Journal said.

The escalating trade war opens the door for Vietnam to become the world's factory, but this will take years, the Wall Street Journal said.

As the US-China trade war escalates, this is considered an opportunity for Vietnam to shine and become a manufacturing center. But the reality is that Vietnam, or other potential alternative production sites, will take years to replace China.

China has a specialized supply chain, for products like smartphones, aluminum ladders, vacuum cleaners and others, which is hard to find in Vietnam. There are also not many factories with safety certification to serve the US market and also expensive machinery. 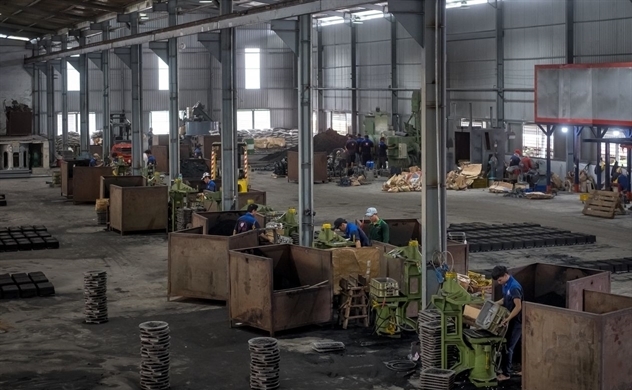 Vietnam, whose population is one-tenth China's, has fallen into labor shortages as global manufacturers rush to set up factories there to avoid US tariffs.

Wing Xu, director of Omnidex Group, which makes pumps for McLanahan, an industrial equipment manufacturer based in Pennsylvania, said: “Whatever you need, China can provide it. response, because they have 15 years of good development”.

Omnidex has moved part of its production to Vietnam, but of the more than 80 parts of a pump used in mining operations, factories here can only produce 20. Wing Xu shared: “You cannot move your business to Vietnam and find what you are looking for.”

Business leaders say they are bracing for a protracted battle between the world's two largest economies. Few companies are planning to leave China entirely, but companies that manufacture a lot in the country are urgently looking to diversify. Some companies are moving part of their production lines to Southeast Asian countries or elsewhere, while continuing to produce in China for the Chinese market and other markets except the US, a strategy adopted by the United States. called "China plus 1".

As a result, a new global manufacturing landscape is starting to take shape, executives say. Factories that want to move production out of China have chosen different destinations in developing countries, a small part to the US thanks to automation. However, the number of manufacturers in the supply chain leaving China is not significant. A factory under BW Industrial Development Joint Stock Company in Binh Duong province has been leased by a Japanese woodworking company that plans to produce there in September.

The question everyone is asking is: 'Where should we go?' Giang Le, an analyst at Singapore-based strategic consulting firm Control Risks, wondered. “The answer is not clear.” The creation of new industrial clusters will not happen overnight. Vietnam provides cheap labor, but the population of 100 million is too small compared to China's 1.3 billion, and roads and ports are currently overloaded. India has the manpower, but lacks the technical level and the government's rules are relatively strict.

GoPro, the California-based camera maker, is moving most of its US production to Guadalajara in Mexico while maintaining operations in China for other markets.

Techtronic Industries Ltd., which manufactures Hoover vacuum cleaners, will establish a new factory in Vietnam and increase capacity at its branches in Mississippi. The company says it will maintain some production in China for at least the next decade. 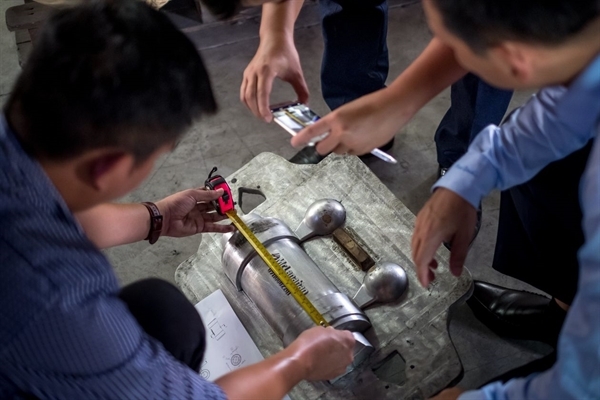 Over the past 20 years, China has developed a system of close suppliers, making production faster, less expensive, and more efficient. Now, as production sites become further apart, costs can increase, and delivery times can be longer.

Companies started seriously planning with strict rules, how many parts of a product need to be produced in a country, for example Vietnam, to be considered Made in Vietnam, Willy C. Shih, a manufacturing economist at Harvard Business School. The era of good trade is over, he added.

This is the opportunity that Vietnam has been waiting for. Manufacturers of sneakers and clothing moved here years ago because of rising Chinese wages. South Korean electronics giant Samsung has invested billions of dollars. Vietnam is looking forward to further expanding its electronics and engineering industries, which are higher up the value chain.

Industrial zones are receiving countless offers of cooperation. Industrial development company BW, which is backed by Warburg Pincus, started building leased factories last year and is now full until December. The company's chief marketing officer Michael Chan said a Some tenants are in such a hurry that they visit the site and sign the lease in just one week.

Vietnam's Hanel PT, which makes electronics for fire alarms and motion sensors, said it was negotiating its biggest-ever deal with major Japanese companies.

Seditex Co., Ltd., a company headquartered in Ho Chi Minh City and specialized in consulting to connect foreign companies with local factories, recently received 20 requests a week equal to a whole month compared to before. . Foreign companies want to know about the mass production of products including backpacks, Bluetooth headsets, suitcases and clothes. A factory complex in Binh Duong province seen from above.

Mr. Frank Vossen, founder of Seditex, said companies, which are used to operating in China, are struggling to adapt: “In Vietnam, there is no solution available, we have to visit exploration and fact-checking”.

Labor is increasingly scarce. The manager of a pipe and faucet exporter says his company receives a lot of orders for taxed products, but can only hire 30 of the 100 workers it needs.

The shift of production to Vietnam has been going on for a long time. Early movers like Nike started buying shoes from Vietnamese factories in the mid-1990s. As the minimum wage in China increased, many orders for clothing, toys, and shoes moved to other factories. countries with cheaper production costs in Bangladesh, Myanmar and Vietnam.

Canon started manufacturing printers in Vietnam in 2012. However, the supply chain for products like printers and cameras is huge and very difficult to re-establish. Of Canon's 175 suppliers in Vietnam, only 20 are local and mainly make plastic parts and packaging. Nearly all electronic components come from Japan, China and Taiwan.

Of Canon's 175 suppliers in Vietnam, only 20 are local and mainly make plastic parts and packaging. Nearly all electronic components come from Japan, China and Taiwan.

The pace of shifting production to Vietnam began to accelerate last year. Christopher Devereux founded a company called ChinaSavvy in the early 2000s. This business specializes in taking orders from Western companies for complex metal products and works with factories in China to make produce them for what he is "Chinese prices". At the end of 2018, after the US imposed tariffs, his clients began to ask: How quickly to leave China? Mr. Devereux inspected dozens of factories in Vietnam, sometimes six a day, and rebranded his company Omnidex for a more global reach.

In early 2019, Peter Zhao, who makes electronic tool products for ECM Industries, a Wisconsin-based company, gave up hope that the trade war would end. He went to Google to search for middlemen companies in Southeast Asia and contacted Seditex based in Vietnam.

Mr. Zhao asked Seditex to find a factory that has experience in making multimeters and voltage meters and is currently made in China. Seditex scoured the net but still couldn't find it. Viettronics is the company closest to meeting the requirements.

An R&D specialist of Viettronic dismantled the sample multimeter Mr. Zhao sent. The expert's conclusion: The company can find local suppliers for the device's plastic housings and cables and assemble the multimeters in the factory here, but some key components, like the integrated circuits case, will need to be imported.

That is a problem for Mr. Zhao. He has been used to buying nearly everything in China since multimeter production moved there a decade ago from Taiwan. Over time, Chinese factories have adapted a model of their own, based on their superior supply networks. Zhao doesn't care about design issues or finding parts, his only concern is the final product and how much it costs.

To move production to Vietnam, he said, it would have to develop a cross-border supply chain from scratch, find suppliers in China for parts that Vietnam cannot make, and negotiate quality standards. and price. But he said he did not have the manpower or the budget for this.

However, he is still thinking about brokering a partnership in which the Chinese company will manufacture the main parts, the Vietnamese company manufactures the plastic casing and assembles the products. Still, he worries that if something goes wrong, Chinese and Vietnamese suppliers will blame each other. "It's very risky," he said. Things may not go as planned and the costs will be very high.”